Sustainable innovation is not only the key factor to generate a competitive position and to guarantee a continuous growth of industrial companies but it is also the basic platform to stimulate creativity and to increase welfare within a society.

ChemStream believes that this process must be supported and driven by a dynamic R&D and technological approach based on shared competences in a framework of temporal alliances between research centres, system and process integrators, industrial partners and universities.

Fast response time, flexibility and confidentiality are key features in our customized cooperation by which each project is assigned directly to one of our team members​.

have a project you want to kick start? We are here to help! 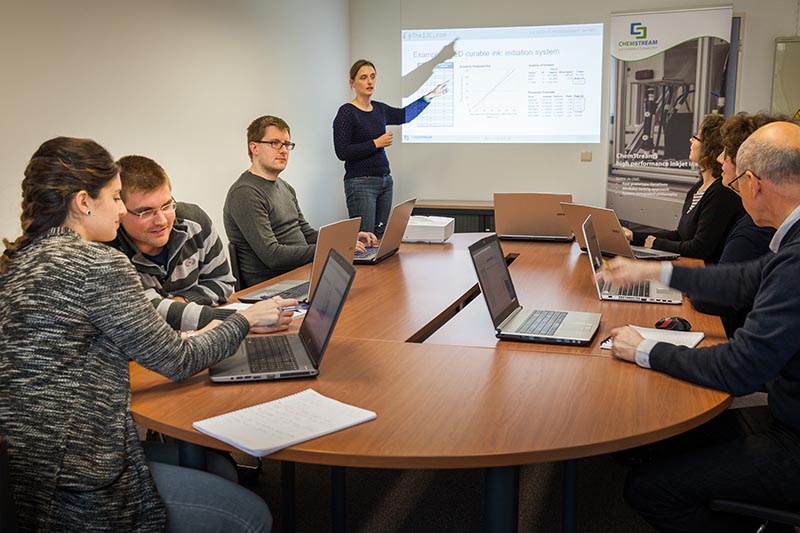 Matthias graduated as a Master in Chemistry in 2011 at the University of Leuven. In 2016 he obtained his PhD in Chemistry with his theses called: "Development of Bimodal Contrast Agents for MRI and Optical Imaging". The study focuses on the synthesis and characterization of novel luminescent MRI contrast agents based on BODIPY dyes or luminescent lanthanide ions. Matthias's main interests include: optical spectroscopy, organic chemistry, coating technology and formulations, inkjet printing and inks. Matthias joined the ChemStream team in 2016. 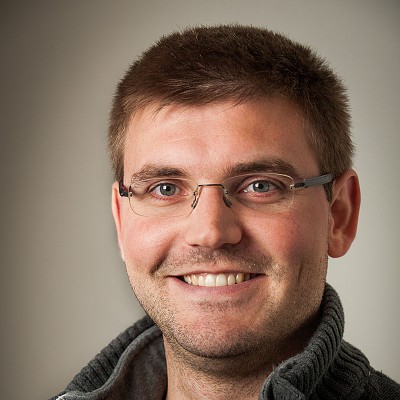 Nils obtained his Master Degree in Bioscience Engineering in 2009 at Ghent University. In 2013 he obtained his PhD degree in Bioscience Engineering, organic chemistry. The focus of the PhD thesis involved the development and synthesis of new ionic liquid types and the testing for different material applications. After his studies, Nils worked for two years at AvoRe, where he was responsible for the development of new technologies in the field of organic chemistry and water purification methods.Nils's main interests include ionic liquids, organic synthesis, flow reactor synthesis, enzyme technology and structure elucidation. Nils joined the ChemStream team in 2016. 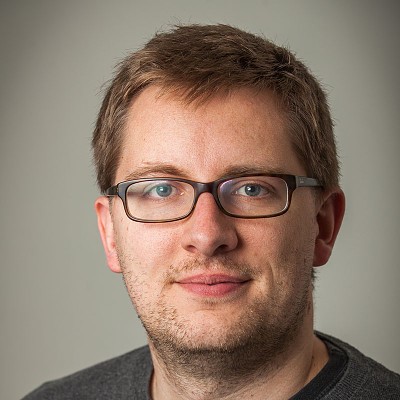 Marin obtained his PhD in Polymer Chemistry in 2007 at the Technical University of Munich. He developed, during his doctoral and following postdoctoral research, new synthetic approaches for the preparation of nanostructured organic and polymeric coatings on semiconductor materials for biomedical applications. After his studies, Marin worked in the core R&D department of Agfa, developing new organic and polymeric building blocks for diverse graphic applications such as laser marking and offset printing. In 2015, Marin had the opportunity to manage, at AB Inbev, different explorative material research projects for new packaging decoration technologies. Marin’s main interest is explorative material research in the field of (3D) digital printing, including formulation and organic synthesis. Marin joined ChemStream in 2017 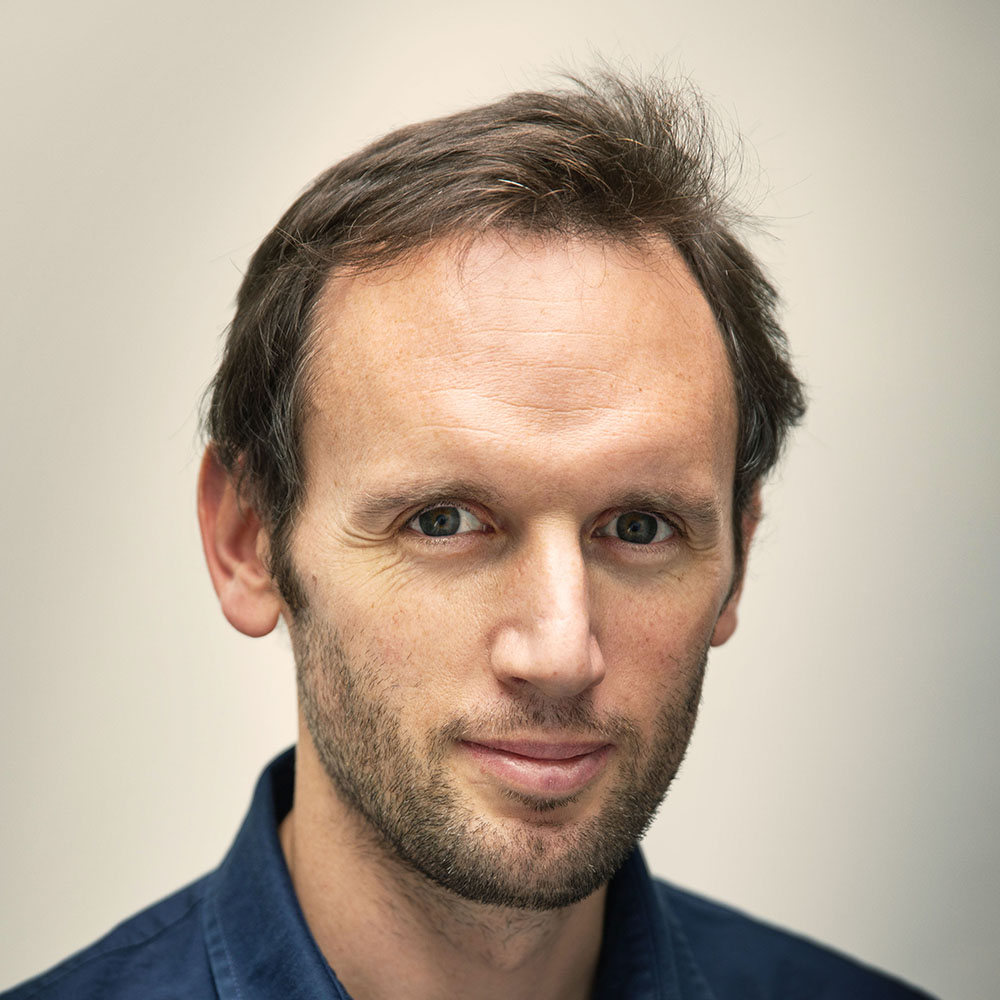 Yolanda graduated as a Master in Chemistry in 2006 at the University of the Basque Country (Spain). Afterwards, she worked for 2 years at Tecnalia research institute in San Sebastien (Spain) as part of the aerospace unit, developing materials for extreme temperatures. In 2009, she started her PhD on synthesis and characterization of semiconductors nanocrystals at the Ghent University. She graduated in 2012 with a thesis entitled: Near-Infrared nanocrystals for optical signal handling: from synthesis to layer formation. Subsequently, she started a postdoc at the UGent on upscaling of nanocrystals synthesis by means of an automated liquid handler. Yolanda’s main interests include: Nanotechnology, colloidal chemistry, optical spectroscopy, inkjet printing, inkjet inks and coatings formulations. Yolanda joined the ChemStream team in 2015. 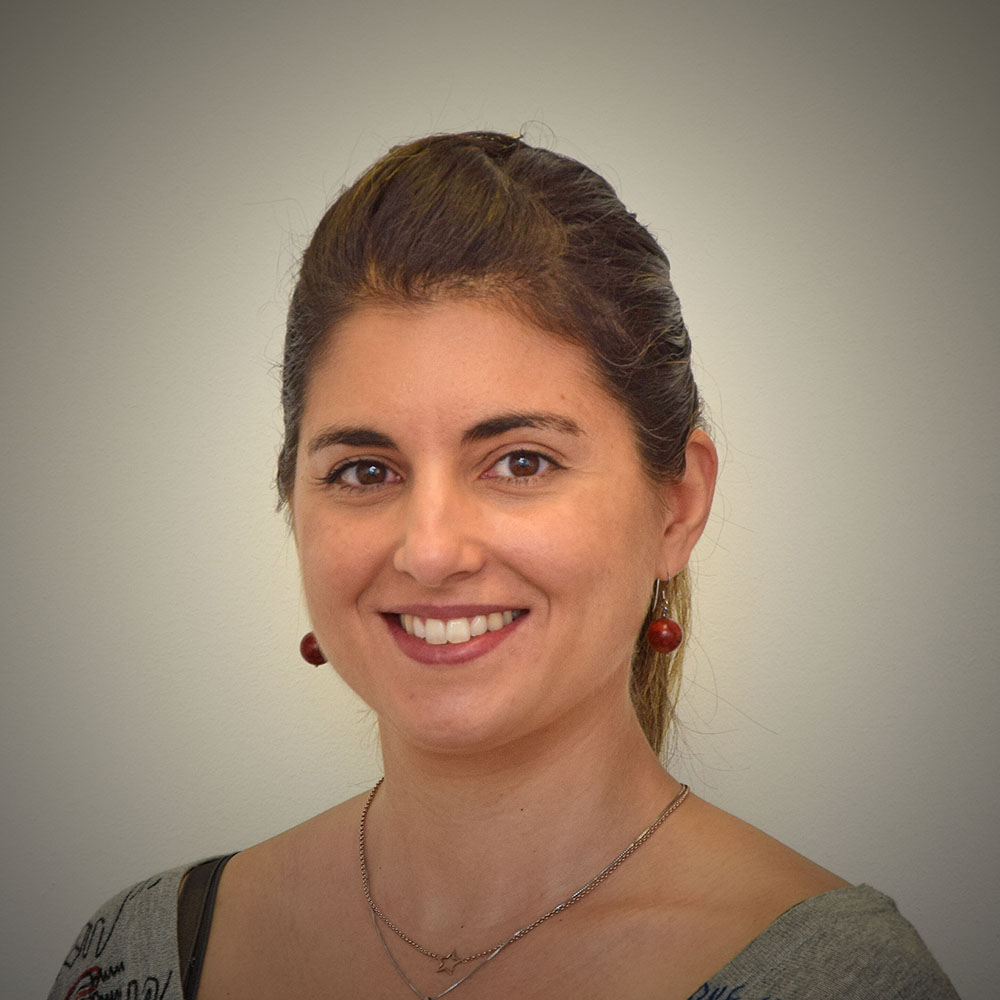 Kamiel graduated as professional bachelor in Chemistry in 2017 at the Karel de Grote university college. Kamiel did his internship at ChemStream. The subject of this internship was the synthesis of block-copolymers. Kamiel’s interests include: organic synthesis and analytic analysis such as: UV-VIS spectrometry, GC-MS, GPC, LCMS and DLS analysis. Kamiel joined the ChemStream team in 2017. 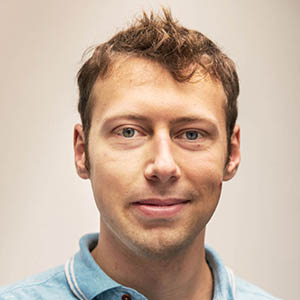 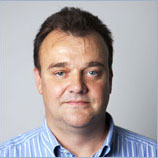 Els obtained her PhD in medicinal organic chemistry in 2001 at the Vrije Universiteit Brussel. The main focus lay on the synthesis and modeling of peptide mimetics. After her studies Els worked for 8 years at Agfa. 5 Years were spent in the analytical R&D department where she was active in molecular structure elucidation by using analytical techniques as MS, LCMS, GCMS, NMR, etc. During the following 3 years she developed inkjet inks for industrial inkjet printers. After her time at Agfa, Els got the opportunity to lead a team in the Color & Tinting lab of AkzoNobel (Decorative Paints) where she explored the color matching techniques for the development of color recipes in the mixing machine market.Els’s main interests include: coating technology and formulations, inkjet ink formulations and digital printing, organic chemistry, colorimetry, project & people management. Els joined the ChemStream team in 2012. 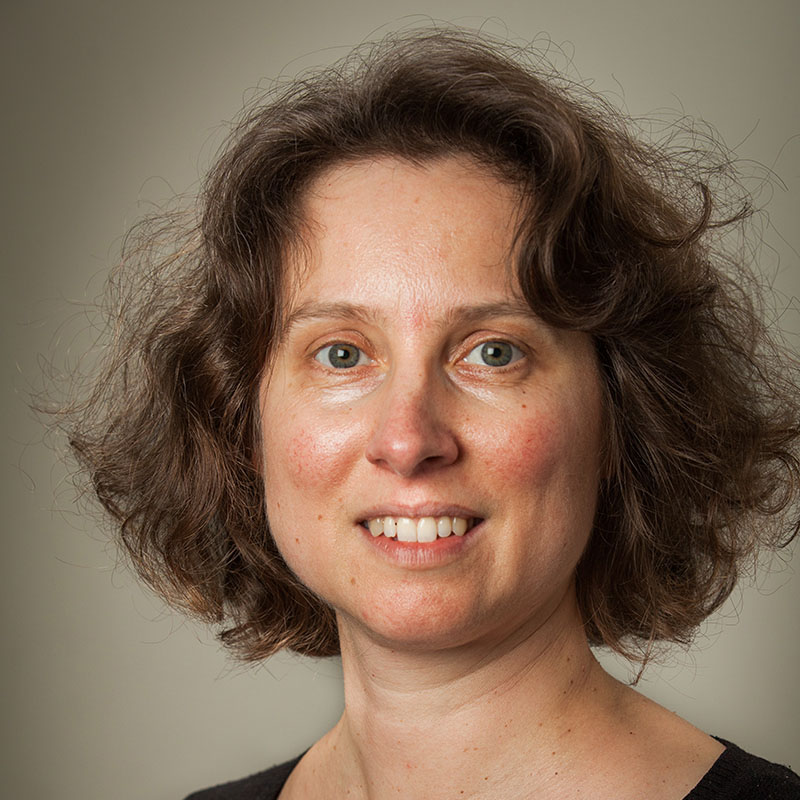 Roland obtained his PhD in analytical chemistry in 1986 at the University of Leuven. His expertise lay mainly in the field of organic and inorganic photochemistry.Roland built an industrial career of 23 years as senior scientist and R&D manager at Agfa. He was involved in the development of several graphic arts and industrial imaging films. He was responsible for the product development of UV-curable industrial inkjet inks.Roland’s main interests include: coating formulations, inkjet ink formulations, digital printing, 3D-printing, combinatorial experimental design. 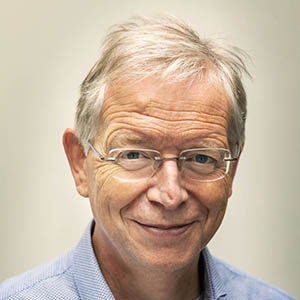 Frank obtained his PhD in physical chemistry in 1983 at the University of Antwerp. His expertise lay mainly in the field of interfacial chemistry and fluid dynamics.
Frank built an industrial career of 25 years as senior scientist and R&D manager at Agfa. He was involved in the development of high speed multi layer coating technology and the development of several graphic arts and industrial imaging films. He was responsible for the product and business development of the high performance industrial inkjet inks.
Frank’s main interests include: coating technology and formulations, inkjet ink formulations and digital printing, dynamic interfacial and surface phenomena, rheology and colloid chemistry. 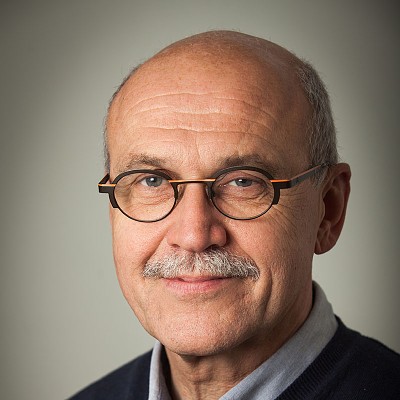 Lore graduated as a Master in Chemistry in 2018 at the University of Leuven. Her master thesis focused on amylose characterization and the rheology of amylose solutions, intending to produce biodegradable fibers. Lore's main interests include organic synthesis, polymer characterization, high throughput screening and analytic analysis such as UV-VIS spectrometry, GC-MS and DLS analysis. Lore joined the ChemStream team in 2018. 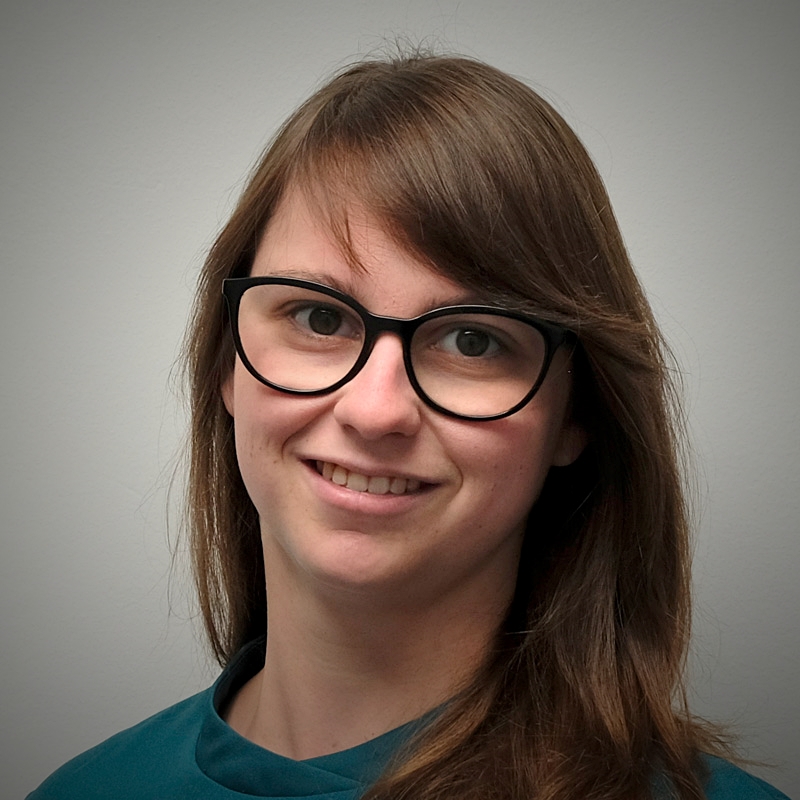 Seger graduated as a Master of Science in Chemistry in 2013 and obtained his PhD in 2017 at the University of Leuven in Organic Synthesis. The focus of his PhD thesis involved the development of synthetic methodologies with dangerous gases such as carbon monoxide and sulfur dioxide. By using flow chemistry or two-chamber reactors, a lot of dangers are omitted for the academic researcher. During his PhD he spent 6 months at Durham University (UK), performing continuous flow synthesis. After his PhD he started a postdoc at the University of Leuven regarding cryogels. Seger’s interests include: continuous flow synthesis, scale-up, organic chemistry and chemical engineering. Seger joined the ChemStream team in 2018. 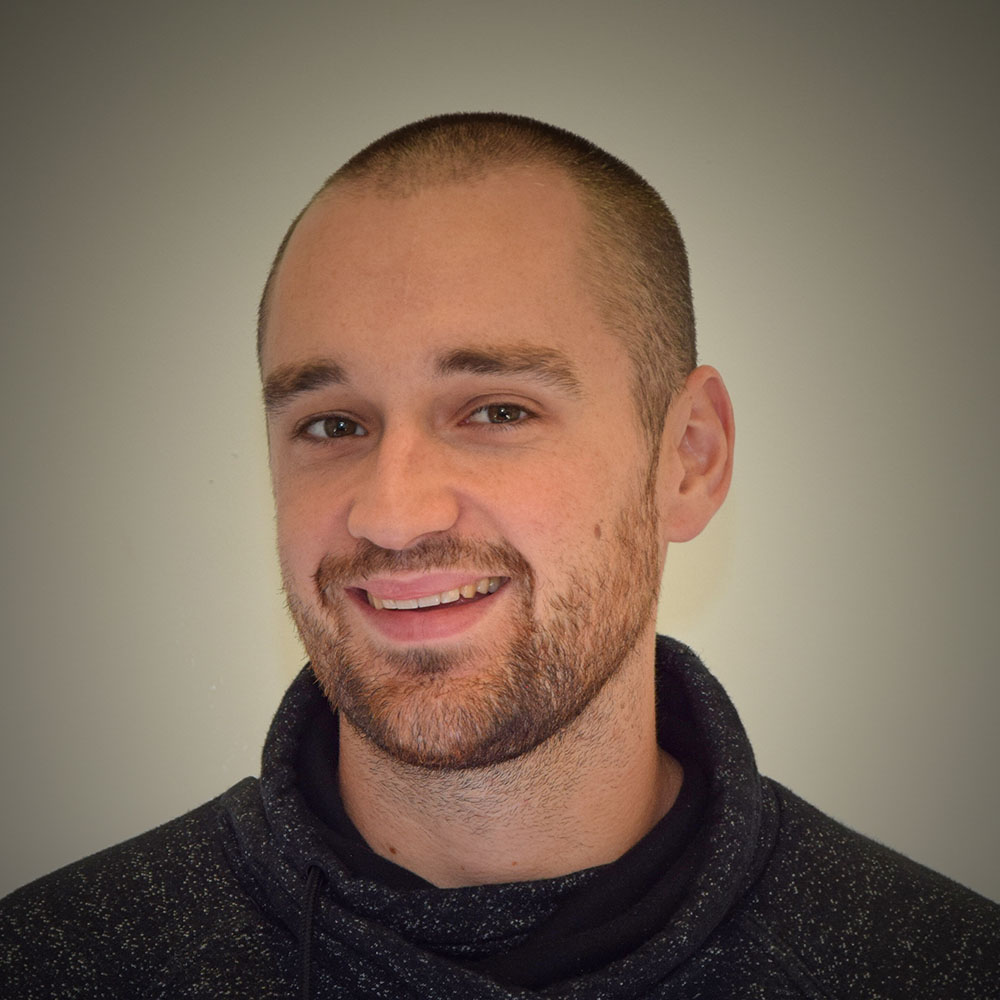 Sylwia obtained her master’s degree of science in chemical engineering (Civil Chemical Engineer) in the Department of Physical Chemistry and Polymer Technology in 2004 at Silesian University of Technology in Gliwice (Poland). Afterwards, for the next 12 years she ran her own company in Belgium. Since 2017 she worked at Stad Antwerpen as environmental expert (in plastic packaging, recycling, durability etc.)
Sylwia’s main interests include material research in the field of (3D) digital printing, formulation of inks and coatings. She is also interested in ecodesign and in the development of natural cosmetics. Sylwia joined the ChemStream team in January 2019. 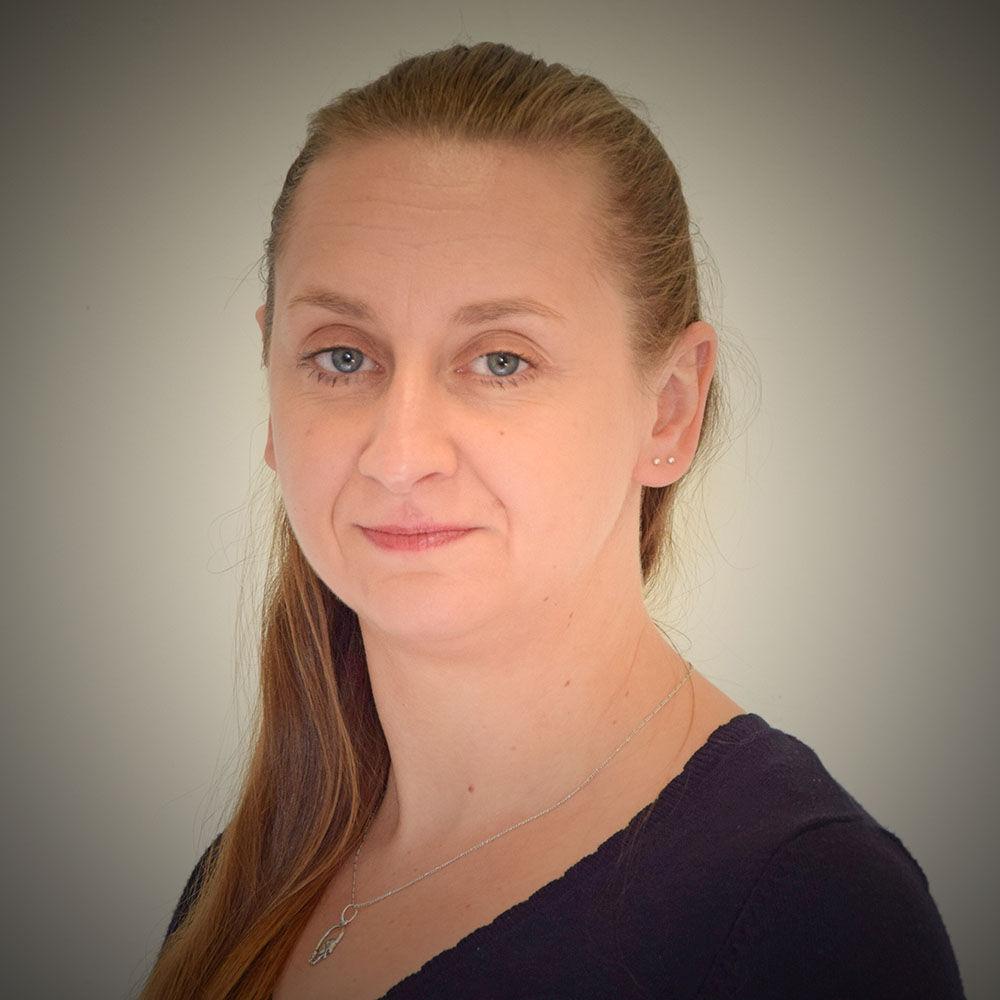 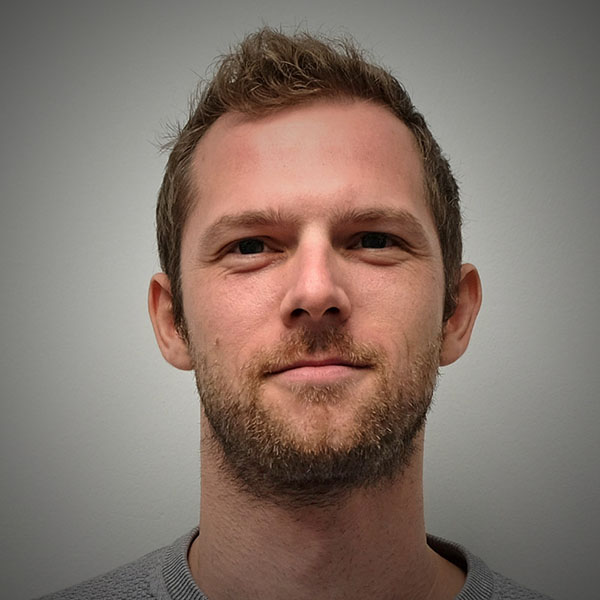 Christina received her Master degree in chemistry in 2010 from the Martin-Luther-University Halle-Wittenberg (Germany). Her PhD she obtained from Stockholm University (Sweden) in 2015. The two main topics of her thesis were the study of the liquid crystalline phase behavior of cellulose nanocrystals and the fabrication of novel functional nanomaterials using nanocellulose and inorganic nanoparticles. Christina continued to develop her scientific profile as a postdoctoral researcher at KU Leuven. She received from the Alexander von Humboldt Foundation a Feodor Lynen scholarship, with which she went to the University of Luxembourg (Luxembourg). Christina’s main interests lie in the development of sustainable nanomaterials using colloidal chemistry, characterization techniques such as electron microscopy, as well as structural investigations using synchrotron radiation are part of her expertise. Christina joined ChemStream in 2019. 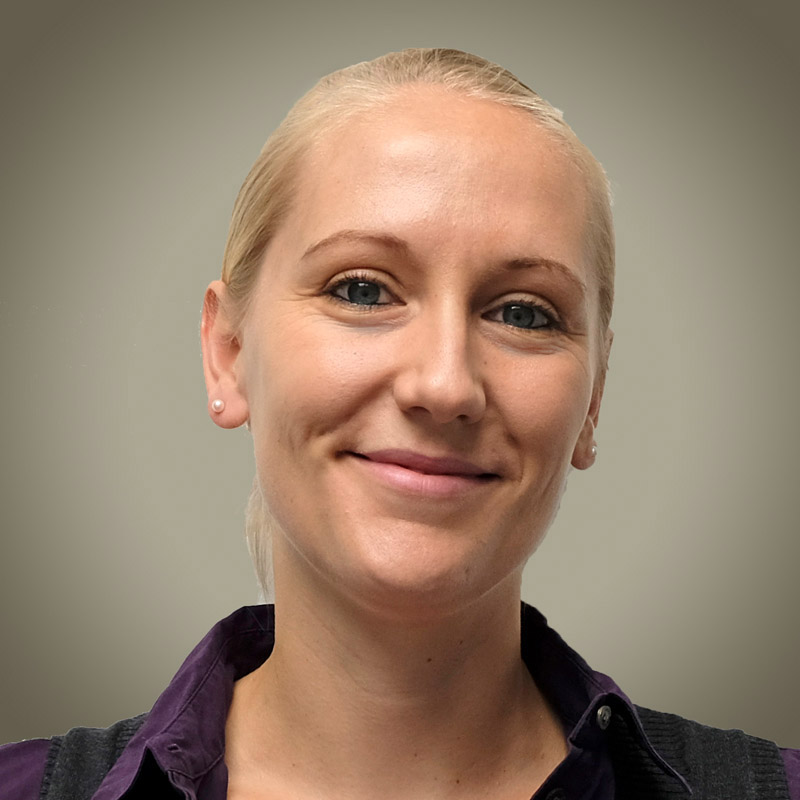