Quite often there is a need to mark objects, either for quality control or for anti-counterfeiting. Frequently this mark needs to be invisible for the customer, but easily readable for the manufacturer.  The need for invisibility if obvious when talking about anti-counterfeiting, but also for quality control invisibility is an advantage. A time stamp requires exact positioning of the printed code on the packaging otherwise the design would be disturbed. With an invisible code, no such positioning is required. This invisible encoding can be achieved by using a fluorescent ink.

In this particular case, a dye had to be incorporated in a solvent-based ink. The customer wanted to use the ink for quality control reasons in a continuous inkjet system. The substrate to be printed on was paper. Paper often contains fluorescent agents (optical brighteners) to create a white lustre. It was therefore vital to select a fluorescent agent whose fluorescent spectrum did not interfere with the fluorescent spectrum of the paper. We therefore selected a dye which fluoresced in the red-region of the visible spectrum. This provided a clear contrast with the blueish fluorescence of the paper, creating a clearly readable code on the packaging when illuminated with a wavelength of 365nm.​

Copper theft is an increasing problem for railways. The copper wires when stolen are immediately stripped of their plastic insulation and cut into smaller pieces. Thus making it impossible for the police to trace the stolen copper. Therefore, there is a need to encode the copper wire itself instead of coding the plastic insulation as is now frequently done. In this case it was opted to use a UV-curable ink matrix in which a fluorescent dye was incorporated. This of course posed an extra challenge for the fluorescent dye as it had to survive the UV-radiation bombardment during the polymerization of the ink. A special fluorescent agent was found to withstand this UV-radiation and was incorporated into the ink. This was then printed on the copper cables using a Xaar318 print head.

Of course sometimes an application for a fluorescent ink can be just about having fun. For instance, one of our customers wanted to print a fluorescent design on textiles to create an extra feature for parties and concerts. For this application, we needed to create a water-based ink. Also, the textile had to be washable, putting greater demands on the adhesion of the fluorescent agent to the textile. To accomplish this a fluorescent pigment had to be used instead of a dye. As the ink had to be jetted by a drop-on-demand piezo print head the pigment had to be reduced to nano-scale. A polymeric dispersant was added to the milled pigment to both stabilize the dispersion and to ensure the adhesion of the ink to the textile. This allowed printing of a myriad of designs to add some funny and stunning effects to lighten up your parties. Washable at 40°C using a mild detergent. 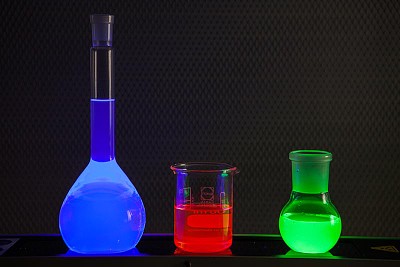 Figure 2: On the left the code packaging in normal lighting conditions. On the right the same packaging illuminated with a 365nm LED. The production code is now clearly visible.​ 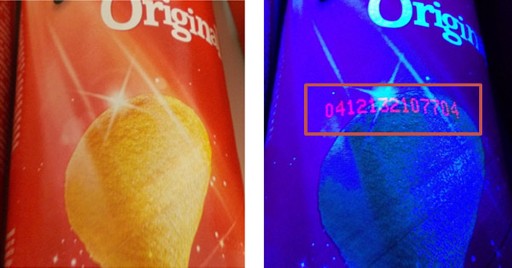 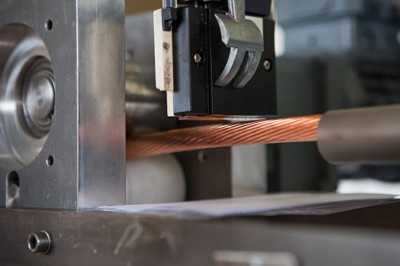 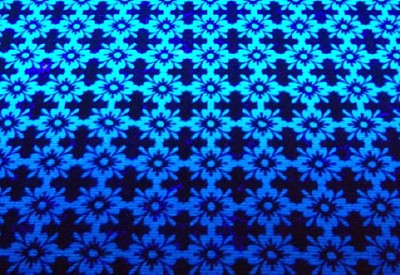