There is a growing demand in the industry to convert UV-curable formulations into LED-curable ones. UV light bulbs are far more energy consuming and their burn-in and cool-down times require continued processing instead of the simple on/off approach in LEDs, allowing the latter to be used in on-demand curing. Furthermore, LEDs do not produce harmful UV radiation. This conversion from UV-curable to LED curable formulations requires a change in the photo-initiating system. In this case study, we used a Design Of Experiments (DOE) approach instead of the traditional One-Factor-At-a-Time (OFAT) method in order to define an optimized LED-curing photo-initiation system in a given UV-curable ink system.

The traditional scientific method of OFAT is a time-consuming approach and provides no direct insights into interactions between various factors. It was Thomas Edison, who applied this OFAT approach to invent the light bulb, who said that it was 1% of inspiration and 99% of perspiration. Factorial designs used in the design of experiments approach lead to a reduction of experiments by combining factors, thus allowing possible interactions between factors to become visible. It is therefore recommended to use this approach when analyzing complex problems which entail many factors and responses.

Experiments are performed on a test rig provided with a linear table and UV-LED (Figure 2): 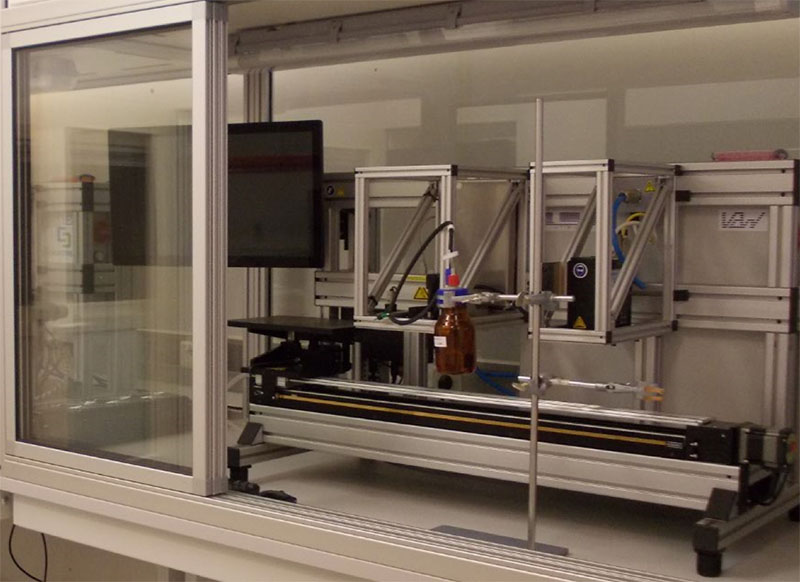 Maximum cure speed for the system TPO/DETX optimized with JMP

Figures below illustrate the influence of the TPO and DETX concentration on the cure speed and the statistical analysis of the model calculated with JMP. 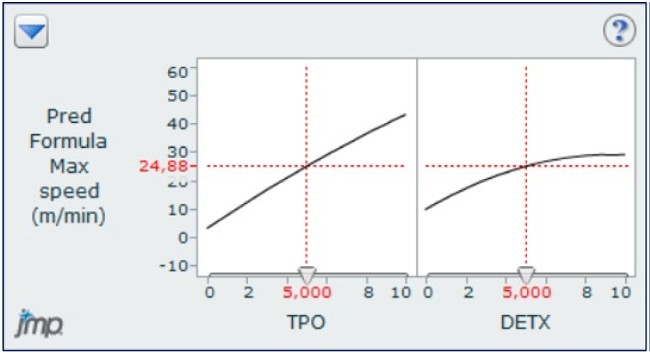 An advanced study: Interaction between photo initiators and synergists

Whilst keeping the monomer composition of the ink constant to maintain the physical properties of the ink, the photo-initiating system was varied to establish the optimal combination of initiators to make the formulation LED curable. Three photo-initiators were selected to be combined with 7 synergists. We hoped that the synergist would increase the efficiency of the photo-initiators and thus would lead to a reduction of the needed initiator concentration. Very high initiator concentrations can provide problems in terms of solubility and yellowing of the cured ink. The response of our experiments was the cure-speed of the formulations.

Using these factors and responses a D-optimal mixture DOE was constructed using JMP10 as statistical program. The model encompassed the main effects and the second order interactions between the initiators and the synergists. This led to a total of 36 formulations. To obtain the same level of information using the traditional OFAT a total of 66 experiments would have been needed.

The cure speed of these formulations was evaluated using 12 µm UV-curable coatings and curing them at 5m/min using a 395 nm LED lamp (See Figure 3). 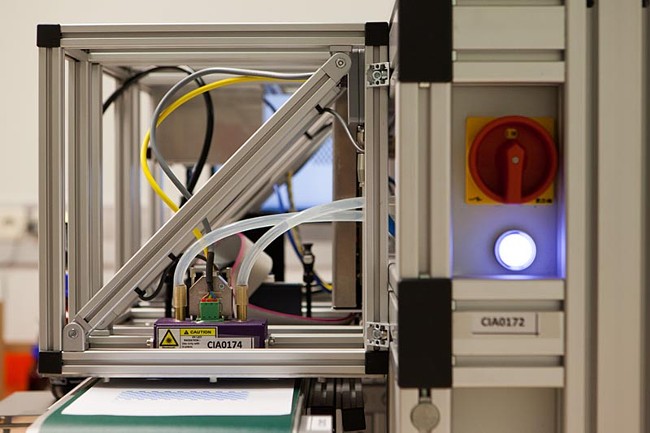 Statistical analysis showed that 2 photo-initiators in combination with 2 synergists have a positive effect on the cure-speed. To conclude, this DOE approach allowed us to define the interaction between the photo-initiators and the synergists, which would not have been obvious starting from the traditional One-Factor-At-a-Time Approach.​